Tuesday, February 14th, 2017 and is filed under Uncategorized 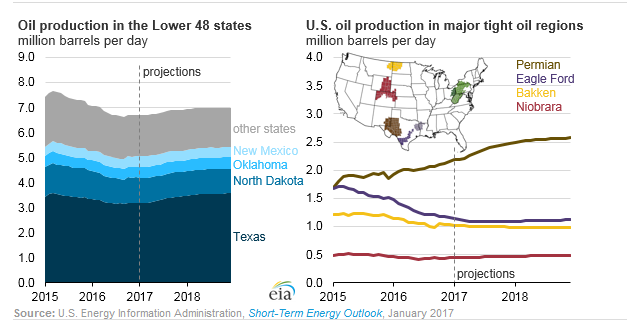 According to a recent EIA report, “Production in Texas, the largest oil-producing state, is driven by two major oil-producing regions, the Permian and the Eagle Ford. As defined in EIA’s Drilling Productivity Report, the Permian region makes up a large geographic area with producing zones each more than 1,000 feet thick and with multiple stacked plays. Because of its large geographic size, the Permian offers a lot of potential for testing and drilling, and the multiple stacked plays allow producers to continue to drill both vertical wells and hydraulically fractured horizontal wells.”

With this kind of growth anticipated in the Permian, increased land and production acquisitions are expected in 2017. This is a good sign for Permian investors.