Have crude oil prices bottomed out?

Tuesday, March 15th, 2016 and is filed under Uncategorized 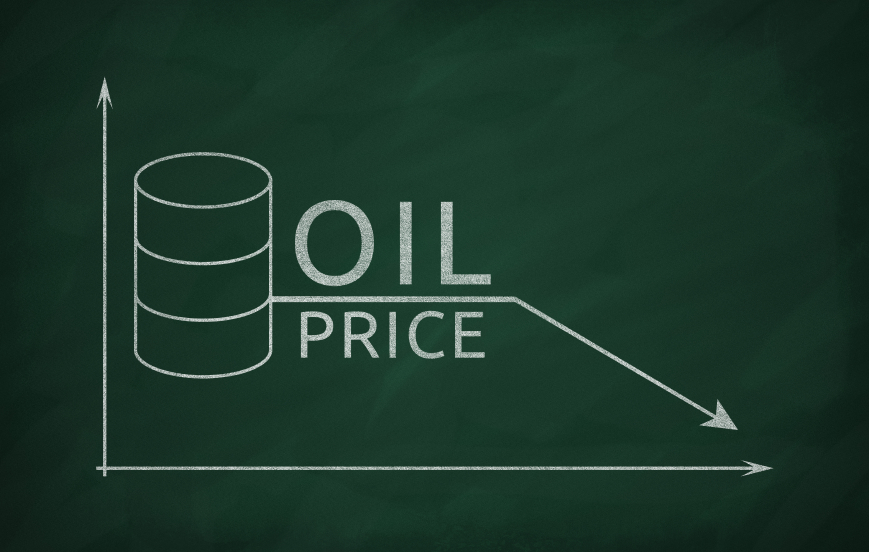 January 2016 saw crude oil prices drop below the $30-mark for the first time since December 2003. With February bringing more of the same, markets have seen an incredible 72% plunge from crude oil’s peak of almost $108 in June 2014. While the last few weeks have seen prices stabilize closer to the $40 per barrel, everyone is wondering: have crude prices finally bottomed out?

While the short answer is we certainly hope so, the longer answer is more complicated. It requires a hard look at where we are in the delicate game of supply and demand.

First, some background. Advances in technology driven by private U.S. innovation have unlocked vast amounts of oil and natural gas reserves, primarily in shale basins across the Lower 48. Overall crude-oil production, excluding the Gulf of Mexico, grew to 7.4 million barrels a day in 2015 from 6.81 million in 2014, according to the U.S. Energy Information Administration.

Investing in American oil production, and driving towards U.S. energy independence, has been a tremendous positive––but it has come at a price. What we find ourselves in today is a supply glut, which has led to the dramatic downturn in the price of oil.

Unhappy with the rapid gains from U.S. shale basins, Saudi Arabia blocked calls in fall 2014 from OPEC poorer members for production cuts to arrest the slide in global prices. This move set in motion a solid year plus of pedal-to-the-metal output, which has done nothing to help settle pricing instability. For the most part, prices have gone nowhere but down since then.

But it seems even Saudi Arabia can’t stomach a sub-$30 oil environment for long.

Saudi Arabia has recently signaled that it will not look to increase production in the near term. Instead, the global oil producing powerhouse (along with Russia) has agreed to cap production in hopes of stabilizing supply and demand to bump up crude prices. While this isn’t an outright production cut, many analysts are seeing this as the first signs that OPEC may be capitulating just a little on its not-so-secret war on the U.S. shale industry.

So, where are we now on the supply side? Outside of Saudi Arabia’s recent concession not to increase production, several other factors are converging that show that worldwide production is set to plummet. And the drop is tied directly to low oil prices.

In response to falling profitability (and even viability), companies are slashing budgets, which in turn, is driving down worldwide production numbers. Public companies with direct exposure to the U.S. oil industry have announced the cancellation or deferral of 80 major projects. And the cuts are big––CapEx reductions (from 2015 to 2016) are estimated at over $83 billion. If state-owned companies like Saudi Arabia’s Aramco, Mexico’s Pemex, and Russia-owned producers are added in, oil and gas consulting services firm Rystad Energy forecasts a staggering $170 billion in global cuts.

When capital investment drops, rig counts drop. The number of rigs drilling just in the United States has fallen by approximately 76% since peaking in the fall of 2014. In October 2014 there were over 1,600 active rigs; today, rig counts are now near their all-time low. 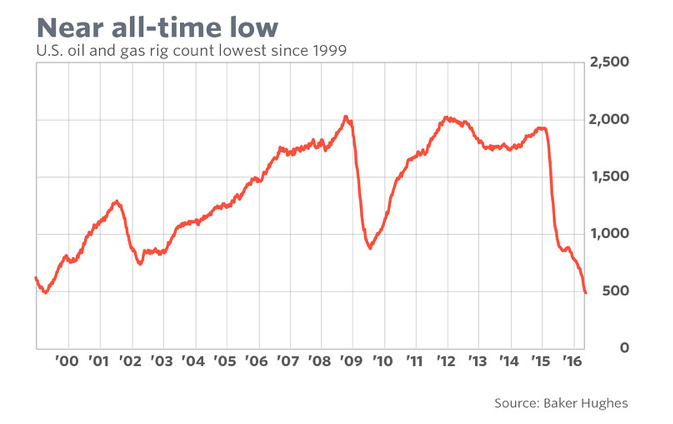 And when rig counts drop, production drops. According to the U.S. Energy Information Administration (EIA):

As you can clearly see, plummeting capital investment, and the corresponding drop in rig counts, equals less oil.

So now let’s look at demand.

Worldwide demand is still going up––despite the fact that we are seeing lowering expectations due to slowing growth. For 2017, the EIA adjusted its projections for U.S. oil demand downward by 160,000 BOPD and, worldwide, by 250,000 BOPD. The IEA is currently standing by its forecast that global crude demand will increase by 1.2 million BOPD in 2016.

All of these factors––the Saudi capitulation, the drop in non-OPEC production, rising demand––can be taken as signs that a possibly recovery may be in the works. Common sense, and historical perspective, says that as supply tightens and demand goes up, crude oil prices tend to increase. How far up… and how quickly we see those higher prices… is a different question entirely.