What’s the problem with fracking and energy independence?

Monday, June 6th, 2016 and is filed under Uncategorized 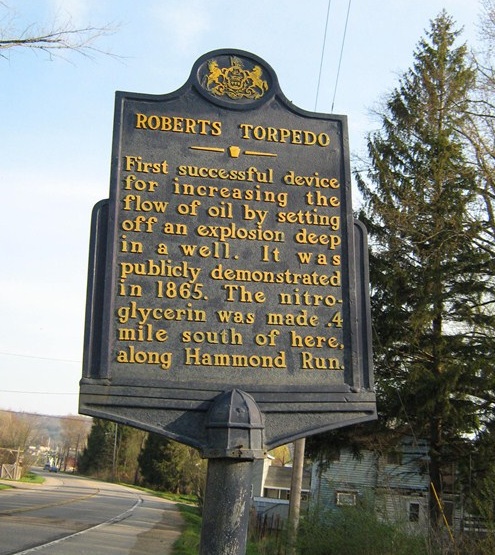 First of all, fracking is not the “new” technology that it is made out to be. Actually, the roots of fracking can be traced back to 1862 when Col. Edward A.L. Roberts used explosive artillery in what is described as “superincumbent fluid tamping“. Then in 1865, Roberts used “exploding torpedoes” in artesian wells that resulted in the increase in oil production of up to 1200 percent in some wells within a week of the procedure. However, it was not until the 1930s and 1940s that liquid was used in hydraulic fracturing instead of explosives. Since then, thousands upon thousands of wells have been fracked across the United States. In fact, oilfield services company Halliburton estimates that more than 1.1 million hydraulic fracturing jobs have been done in the United States since 2013 (some wells are fracked more than once), and almost 90% of new U.S. onshore oil and gas wells are hydraulically fractured.

It wasn’t until just recently that the word “fracking” hit the radar of people outside the oil industry. In the early 1990’s George P. Mitchell introduced a whole new method of drilling for oil and natural gas, which combines the techniques of hydraulic fracturing and horizontal drilling. Since the early successes seen in North Texas’ Barnett Shale, modern day fracking has spread like wildfire to shale plays across the United States and has ushered in a legitimate oil boom.

Now that fracking has hit the news, there is much speculation and debate as to whether or not fracking is safe for ground water. Despite its wide-spread use for over eighty years, environmental groups and Hollywood have viciously demonized fracking, fueling the debate. 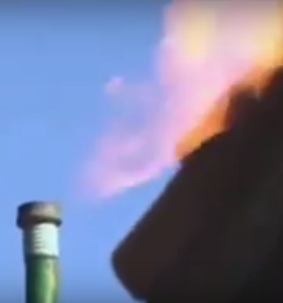 The 2013 documentary Gasland Part II, made by filmmaker Josh Fox, used a Texas environmentalist’s hoax of lighting water from a garden hose on fire to show hydraulic fracturing allegedly contaminating water. However, the 43rd Judicial District Court of Texas found that the Texas landowner, “under the advice or direction” of environmental activist Alisa Rich, intentionally attached a garden hose to a gas vent and not a water line, thus debunking the allegation in this case.

In 2014, a Department of Energy report from a landmark 18-month federal study on hydraulic fracturing found no evidence of contaminated drinking water at a site in western Pennsylvania. Dave Spigelmyer, President of the Marcellus Shale Coalition said in an email that the study reflects “the industry’s long and clear record of continuously working to enhance regulations and best practices aimed at protecting our environment.” Again, no evidence of contaminated drinking water caused by fracking.

However, the results of the study are not being released to the public. Dr. Amy Townsend-Small, an assistant professor at the University of Cincinnati Department of Geology and the leader of the study said, “I am really sad to say this, but some of our funders, the groups that had given us funding in the past, were a little disappointed in our results. They feel that fracking is scary and so they were hoping our data could point to a reason to ban it.” Ohio State Representative Andy Thompson is calling for the university to release its findings to the public, but to date, the findings have not been released.

The 2012 anti-fracking film, Promised Land, starring Matt Damon was partially funded by Image Nation Abu Dhabi, as pointed out by the conservative think tank Heritage Foundation. As it turns out, Image Nation Abu Dhabi is owned by Abu Dhabi Media which is a state-run media company for the United Arab Emirates. The UAE is a prominent OPEC member and is the world’s third-largest oil exporter. Coincidence?

In 2014, Project Veritas headed by James O’Keefe, released video footage exposing Hollywood celebrities agreeing to accept money from what they thought to be “middle eastern oil interests” to fund an anti-fracking movie. It was clear that the end game of the “oil baron” was to end fracking, thus bringing the trek to America’s energy independence to a screeching halt.

Researchers at the Environmental Policy Alliance produced a report that was released in 2015 showing Russian interests funneled tens of millions of dollars to major U.S. environmental lobbying organizations that included the Sierra Club, the Natural Resources Defense Council and the League of Conservation Voters. This money flowed through opaque environmental bundlers, one of which was the Sea Change Foundation. The Sea Change Foundation is also known for giving away tens of millions of dollars every year to help “reduce carbon emissions” and “combat climate change”. It has been reported that the Sea Change Foundation has donated over $18 million dollars to the Sierra Club Foundation, over $16 million to the League of Conservation Voters Education Fund, over $15 million to the Natural Resources Defense Council, and over $64 million to the Energy Foundation. The Energy Foundation’s website describes the group as “a partnership of major foundations interested in sustainable energy.”

In summary, we have environmentalists committing fraud as proven in Texas’ 43rd Judicial District Court. We have Hollywood perpetuating that fraud in Gasland Part II. We have a Department of Energy report showing no evidence of ground water contamination from fracking. We have a University of Cincinnati study on the effects of hydraulic fracturing on local water supplies whose findings will not be released to the public because they weren’t “scary” enough. We have OPEC and the United Arab Emirates funding Hollywood anti-fracking movies, and we have Russian interests funding a host of environmental groups across the U.S. that are determined to thwart American energy independence.

What does all this mean? Apparently, there are countries that are highly dependent on oil and natural gas for their economies, which seem to have a problem with fracking and American energy independence.